You are here: Home / On A Personal Note / My Near Death Experience

Okay…before I go any further, I want to make it clear that I’m not being funny and there is no exaggeration involved here.  Now, on with it…

As many of you may know, I left Jacksonville this morning headed to Nashville to be in the audience for a “CMT Invitation Only” concert with Reba McEntire that will air sometime later this spring or summer.  I was VERY excited when I was chosen to be in the audience, as Reba is (and always has been) one of my favorite people – famous or otherwise.

As soon as I hit the Tennessee state line, it began to rain…no big deal.  It’s just rain.  I’m a road warrior.  I’ve driven thousands of miles in the rain.  That said, I’m not one of those idiots that drives 100 mph on wet pavement.  I’ve seen the results of hydroplaning and I never wanted to experience it for myself.  Alas, the universe had other plans for me today.

I was in the slow lane on I-24 W about 100 miles outside Nashville.  It wasn’t raining much…sprinkling just hard enough to require me to set my windshield wipers on the slowest intermittent setting.  I was in the right hand lane traveling 70 mph – the posted speed limit for that stretch of Interstate.  I was going straight.  There was no standing water on the pavement.

Suddenly, my car began to slide.  The back end of my car began to slide to the right.  I steered into the slide, like I have a million times before – having  grown up in Central Indiana, I am familiar with slick pavement and how to attempt to pull a car out of a slide – though never at 70 mph, which appears to have been the most important variable today.

I quickly realized that there was no way to stop it and despite everything I was doing with my accelerator, brakes and steering wheel, I was merely along for the ride.  As many have said, time literally slows almost to a stop.  I remember thinking to myself as I was spinning in slow motion, “Oh, shit…shit, shit, shit…this is bad.  This is really, really bad…”.

Before I knew it, my car was completely sideways sliding down the Interstate, now taking up both lanes.  My spin continued to complete a full 180 degree turn and I was still sliding – now backwards and in the fast lane – as the cars that were previously behind me, now in front of me, were hurdling toward me at highway speed on wet pavement.  I was pretty sure I was going to die.

There was only a half shoulder in the center median, so once I realized I wasn’t dead, I slammed the car into reverse and backed it across into the shoulder on the other side of the slow lane.  Luckily the cars behind me had stopped and I had just enough time to get out of their way without causing a massive pile up of cars behind them that were unaware of my Nascar-like spin into the guardrail.

I hopped out of the car, walked around to the passenger’s side expecting to see two flat tires and an utterly undrivable vehicle.  Astonishingly, despite the damage to the back end, the scrapes down the side and the headlight that was pulled out when the front of the car swiped the guardrail, the tires were fine.  There was no significant damage to either wheel well and nothing that I could see that led me to believe the car wasn’t drivable.

So, I popped the headlight back in, hopped back in the car and started slowly down the shoulder listening for any rub, knock, shake or shimmy…nothing.  It was as if nothing happened.  I took it surprisingly well, to be perfectly honest.  It wasn’t until about 10 miles down the road that it dawned on me what had actually happened…and how unbelievably lucky I am that I’m not dead right now.  I am clearly some sort of cat and today I used up 8 of my 9 lives. 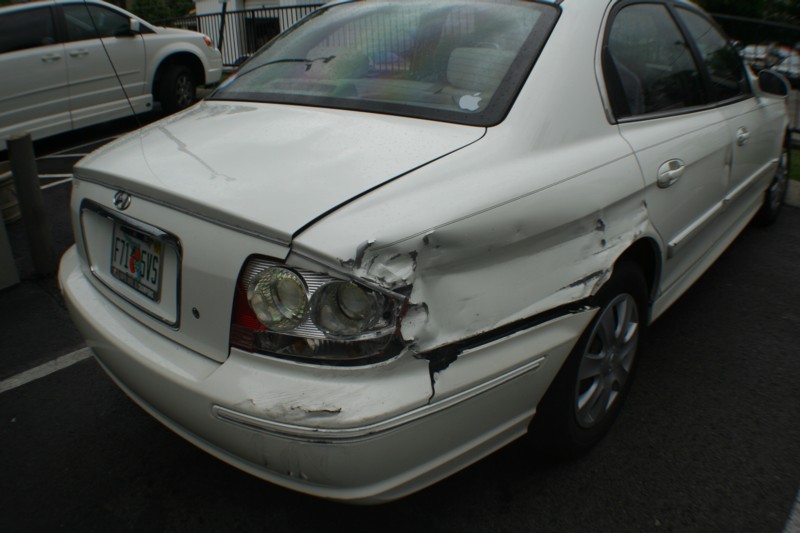 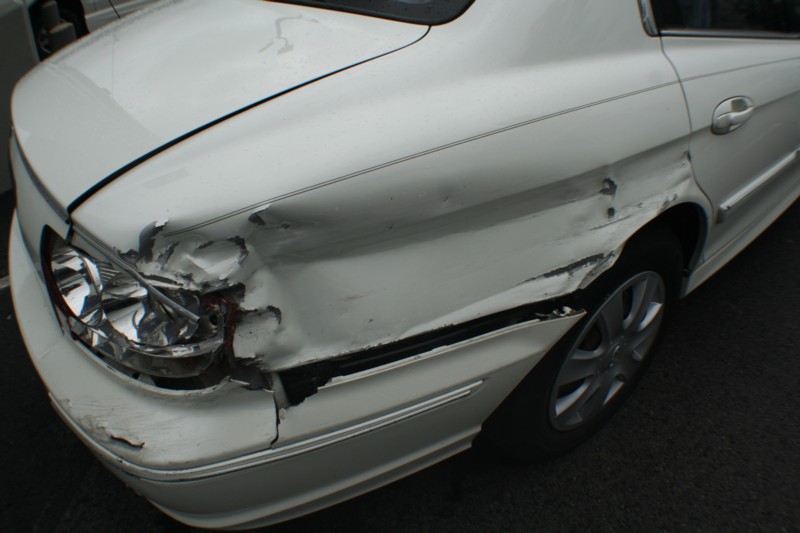 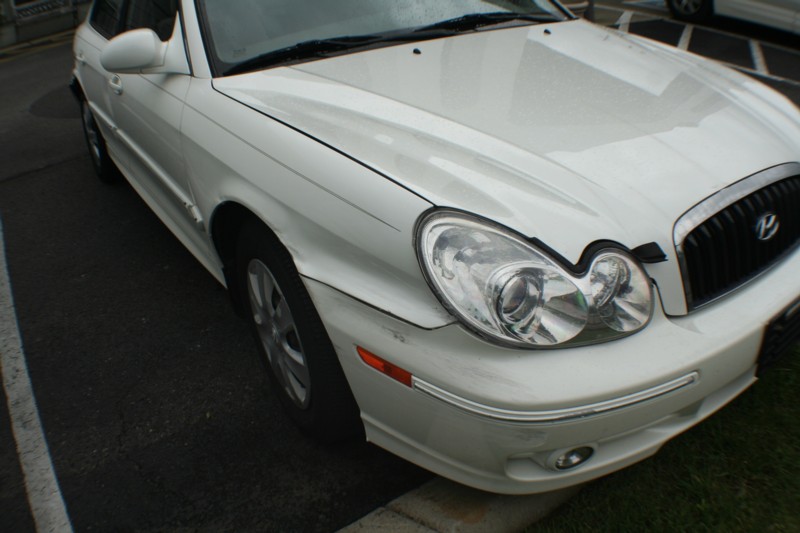 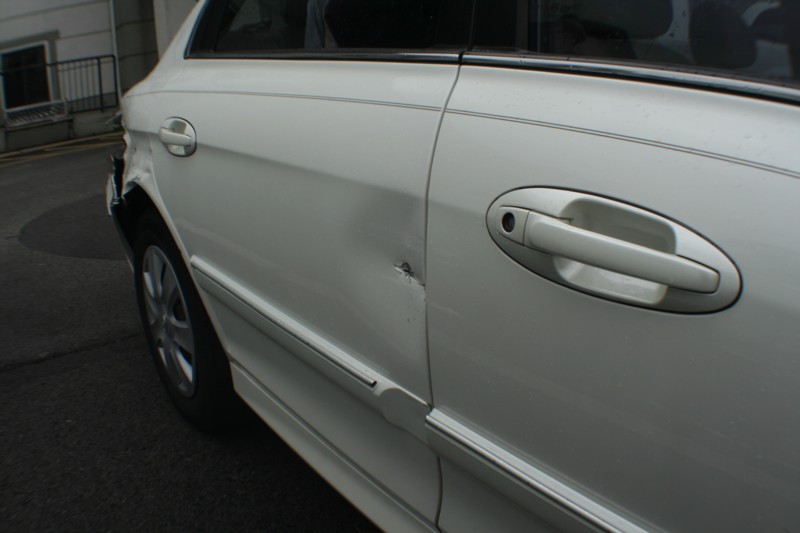 Ironically, it didn’t rain another drop until I pulled into my hotel here in Brentwood.  There are hundreds of songs on my iPod…only a small percentage of which are Reba’s.  And as I pulled into the my parking space, this song began to play (no, I’m not kidding…I kind of wish I were because this REALLY freaked me out):

Now, if you’ll excuse me…I must go shower and get ready for Reba’s concert.  Oh, and I might go ahead and throw up first.  That remains to be seen.